I haven’t been updating my blog recently because the real world keeps getting in the way. 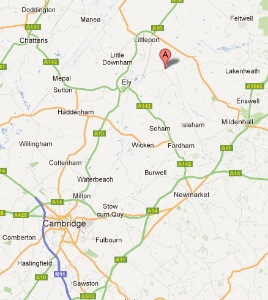 I’ve done lots of interesting things lately: the highlight was staying in a wonderful house in a little village called Prickwillow near Ely.

It was designed by the architect Jonathan Ellis-Miller in the 1960s and he lived in it for a number of years. 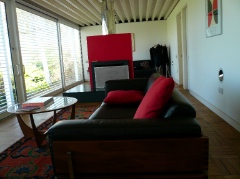 It’s built mainly from metal and glass, with external blinds, very good insulation and lots of ‘green’ features such as photovoltaic cells on the roof and apparently 100% of its electricity comes from renewable sources.

It probably isn’t most people’s idea of a perfect Engish cottage, but we thought it was wonderful, especially in the evening when we sat on the settee with the blinds open so we could see Ely cathedral on the horizon, and enjoy a glass of wine. 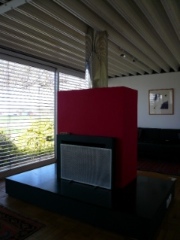 I hadn’t visited the area since I was young and used to live about thirty miles south of Cambridge so it brought back many memories, and reminded me as well that hills aren’t necessary for a beautiful landscape.

The other thing that we did on the same trip was to visit the house near Hertford where I lived until I was seven. It’s somewhere I’ve always remembered with affection, so I was overjoyed to discover that my memories from all those years ago were accurate. It was just the same; the woods opposite were still there; and I found it immediately. I was expecting to be disappointed, because usually when one returns to a place it seems smaller somehow, but my old house was just as beautiful and welcoming as I remember it. My only regret was that there was no one in the garden because if there had been I might have plucked up courage to say, “I used to live here many years ago.” but as it was I looked, and took a photograph, and drove away.

So although I haven’t been writing my blog, or getting on with my children’s story, which is going to turn into an historical novel if I don’t get it finished soon, I’ve got some inspiration for future settings, and some story ideas, and I’ve even sensed a few characters lurking just out of sight in that space beyond the corner of my eye.